Sorry to break it to you, but the world will soon collapse.

Climate crisis, wars, pandemics… In the near future, everything seems over. But a few surviving humans will construct a time machine and send an android to the past. His mission is to unite his own great knowledge of technology and science with an old Droid in Stonehenge, whose ancient wisdom is close to nature and respectful towards the planet and its creatures. Only by combining these two polarities, humankind can be saved. You can witness their encounter in the Prologue.

But the Duid is very old and weak. And the Droid needs some repair. Before starting their big adventure, they have to take care of themselves. Druid has the recipe for a potion to make him stronger, but he requires some strange ingredients. Droid can repair himself, but he needs certain materials as well. Unfortunately, their needs are so contrary that they are not allowed to touch the other’s items. A treat for one – a threat for the other. Together, they will travel through time and space to search for everything necessary. They will see great places and terrific enemies, they will face riddles and labyrinths, but mission after mission, they will be closer to their goal. Can you help them to gain their strength back...

or will you fail and be responsible for the total collapse of the planet?

run" and press play (or run "disk" from diskette) to find out!

By default, the keys are: Q up, A down, O left, P right, SPACE fire and ESC to abort the game. But you can also redefine them or select to play with joystick.

The 7 missions take place in different places and times, all with another pair of items to collect. Each mission consists of 7 levels. In every level, there is a certain amount of items both heroes must collect (by just touching them) before the time runs out. If they catch an item that's supposed for the other, they lose one of three lives. If they touch an enemy, they also lose a life, but the enemy disappears.

Some of these rules will be modified through their adventure, be aware of new special items and sudden changes in the game behaviour!

The status bar on the bottom of the screen shows the lives and items (collected/goal) for both heroes and the timer in the middle. The Droid's stats are on the right side (with a heart as symbol for lives) and Druid's on the left (with a battery).

The standard game mode is Let's Play: You can enter in whatever mission and level you like, provided that you did already reach it regularly and know the passcode. You have infinite credits and attempts: After every lost game you restart in the same level: The perfect mode to just have fun and practice.

In the Challenge mode (marked by a colored bottom border during gameplay), you always start with misson 1, level 1 with only 3 Credits (in total!). But you can get points! For time left, for extra items collected and for enemies killed. How far will you get and what score will you achieve?

When leaving Atlantis (at the end of mission 3), our two heroes witness a strange glitch in the space-time-continuum: Instead of the time machine, a character from the 2013 CPCRetrodev winner game, Larcena's legacy appears shortly: El Juez. Why this happens, remains a mystery – because it's not even part of the gameplay ;-)

This game is licensed with the MIT license (https://mit-license.org)

Huge thanks to Julien Nevo and Emmanuel Marty for their work as well as to the great community on cpcwiki.eu

.dsk and .cdt both work fine!

There are different versions of the sna format, I guess the one I used isn't compatible with Caprice, but I'll try. 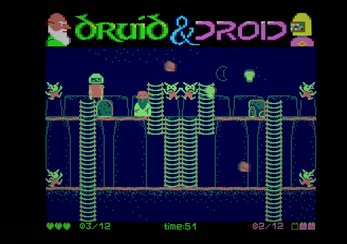 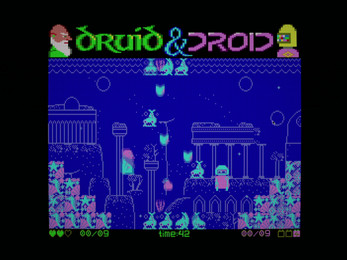 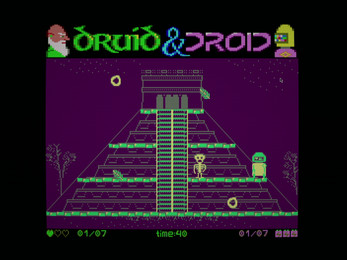 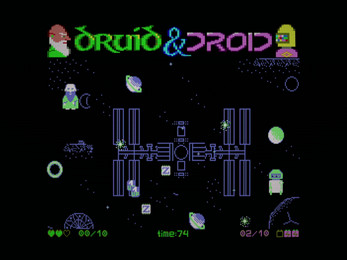